Home » Herbal Wisdom » Where there is fear, there is power

Where there is fear, there is power

Just a week or so ago I returned from California where I attended a Shamanic Healing intensive through the Foundation for Shamanic Studies. It was incredible opportunity and I am changed because of it. It rained, actually poured for most of the time and the landscape was quite green.
I am told that later in the season the hills in Marin County are golden brown and to see them covered in their greenery is a gift.  During one of the few times when the rain let up we were asked to walk on the land and connect with the nature spirits.
I connected with Poison Oak Toxicodendron diversilobum and she gave me some really good advice. 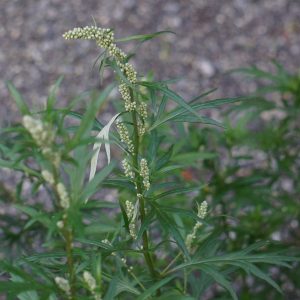 Each day, then, I met with her for “private consultation” 🙂 About four days before the end of the training a woman approached me and said she had poison oak irritation and since I was an herbalist perhaps I knew what to do. Well, I knew there were things that I had read but I couldn’t remember them because poison oak doesn’t live where I live. But I did know the other plant people in our group and a few of them were from California. The second person I asked said, “Mugwort” Well, that was quite exciting for me, because I do have an intimate relationship with Cronewort(Mugwort) Artemesia vulgaris.

So we set off for the old grandmother tree in the woods where I had found some Cronewort just a few days back. This woman picked some and later told me that within seconds of applying the mascerated fresh leaf to her poison oak irritation the itching went away. (Yet another talent of that old wise gal!) A little bit later on I went back to look again for the Cronewort near the old tree and found a very large plant growing very near her with a great vine of Poison Oak winding around it. This to me was a powerful sign and gift.