Home » Herbal Wisdom » I am a Green Witch

I am a Green Witch

I am a green witch.
I have been initiated into this practice.
My green witch name is Crow’s Daughter.
This is a calling for me. 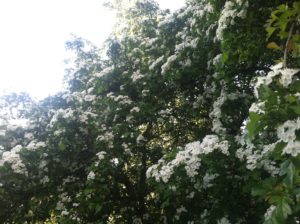 It used to frighten me because of what people say about witches. Witches are evil. Witches worship the devil.
When I was very young, I knew only love and goodness. I felt Jesus in my heart. This was not an indoctrination. This was a visceral feeling, knowing Jesus. I had to be conditioned to think that anything was bad. I was indoctrinated into polarities of good and bad. Witches were bad. Jesus was good.
I was okay with the indoctrination in some ways because it was about Jesus. But I didn’t feel like I could share my Jesus connections because it was so strong and I thought people wouldn’t understand. I was about five years old.
So I kept that to myself and I went to Sunday school and listened to stories from the Bible. Then in ninth grade one of my Sunday school teachers asked us to write down questions we had about God. My question, “Where does God come from?” She read my question out loud and said, “We don’t ask that question.” It must have been my adolescent angst at play, thank goodness. I told myself that this religion was not for me if I could not ask questions like that.
I began to think to myself about who God was and who I was. I still felt so connected with Jesus, but I didn’t want to listen to condemnation anymore. At one point in my early twenties, I declared, “I don’t believe in God. I believe in Love.”
Religion became something to return to when I visited my mom. I would go to my old church and listen. I liked the scriptures, but I would silently cringe at the declarations of sin and redemption.
I always had nature. The trees in the park in my hometown were a solace to me. The cedars and rhododendrons. I loved the roses in my mom’s garden and made “rose water” with my friends. As I grew into adulthood, I planted gardens where ever I lived. And as a school teacher, I always grew gardens with my students.
My secret longing was to have a spiritual practice that I could connect in with everyday. I attended a women’s conference and took an earth connecting class with a woman and learned earth connecting songs. The next year I attended the Women of Wisdom conference in Seattle and I attended a class by a woman named EagleSong. In this class, I had my first initiation. All I recall from it was that we went around the room and spoke our lineage, “I am Julie, daughter of Betty, grand daughter of Olga and Eva, great grand daughter of Anna and Elizabeth.” I cried for a long time.
I also met Susun Weed at that conference and she surprised and delighted me with her wild ways. I was beginning to awaken. The invisible hands were guiding me.

I attended an herbal circle at EagleSong’s Ravencroft Garden. I studied the wise woman tradition. In this tradition, nothing is bad. Everything is wholeness.
I met Stinging Nettle and called her in as my ally. Nettle changed me. I have written about this many times. I have told the tales of me and nettle. I am so grateful for nettle and her deep nourishment that I needed so much at that time. 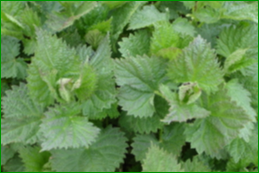 Nettle awakened me further. Nettle activated a cellular memory for me that I am an herbalist. I began to shape shift into a green witch, a shamanic herbalist.
I met the Goddess and as Ntozake Shange says, “I loved her. I love her deeply.”
There was no going back. Fears and anxiety came in. I kept going. It is said that when you deeply fear the choice that you have made, that you are on the right path. That if you didn’t feel anything about the path you are on, you are on the wrong path.
Over the years since this initial awakening, I became a shamanic practitioner. I started a daily practice of journeying and I met a very old shamanic herbalist form the British Isles. Very old…from a time so long ago that the practices she has taught me were long forgotten by most people. She came to me after I began to teach the wise woman tradition to other women. She knew I would be a willing apprentice because I had such longing from the time I was so small to know the mysteries. She knew much more about me than I knew.
I learned the practice of listening to the voices of the plants. I began to do this day after day. I began my many years, teaching this to many people, this compassionate wisdom way of the plants.

This is the way of the green witch. She knows her plants. She listens to their voices. She receives their nourishment. She knows her helpers. She understands that she is a catalyst. She moves energy through her hands, through singing and dancing, through drumming and rattling, through fire and water, through feathers, stones and bones. Earth is her teacher, the plants her deepest teachers. She understands that the wisdom given to her comes though her. She is a hollow bone.
I am a green witch.
May it be in Beauty.